The Newbie Corner - Three Dead Giveaways You're a Newbie 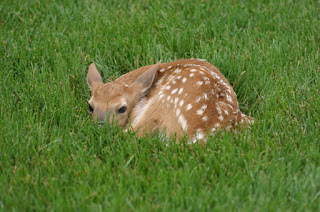 Every writer learns step by step, and many fall beginner traps. Instead of following that road, why not learn from the mistakes of others? Here are three frequent craft issues found in their manuscripts:

1.  Giving backstory instead of diving into the action. Backstory is a history of what went on before your story starts. It's also called an information dump. Angela Hunt and Nancy Rue taught a continuing class at the Greater Philadelphia Christian Writers Conference several years ago.

The rule:  No backstory for 60 pages.

Why? The goal is to raise story questions in the reader and lead them on a path of discovery. Backstory can be meted out in tantalizing bits along the way.

2.  Introducing too many characters at once. I remember starting a book and the author introduced five characters on the first page. I didn't get past the first chapter. While I write multiple point of view characters, I've learned to bring them in throughout the storyline.

3.  Not following genre expectations. Romances generally use two point of view characters with others in a secondary role. In the Christian Book Association (CBA), profanity, explicit sex scenes, and gratuitous violence are a no-no.

If you're writing a mystery, know the mechanics of a who-dun-it or a cozy mystery. We'll talk more about these subjects at another time.

If you've raised your hand and said, "I've done that," don't despair. Learn from your mistakes and practice, practice, practice. Yes, I've done some of these things. Someday, you'll share your experience with others and help them avoid, "The Marks of a Newbie."

Writers:  What newbie pitfalls did you fall into on your writing journey? Please share.

Readers:  What makes you want to keep turning the pages of a novel?

Good points, Susan! These are great guidelines to remember no matter where we are on the journey, too.