A Little Something For You 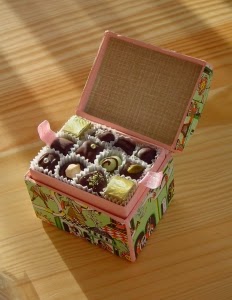 Besides being writers, we're interested in hobbies and life in general. Here are some excellent blogs to explore.

1.  Dena Netherton shares a wonderful story of what one person can accomplish and issues a challenge to all of us.

2.  Lynn Blackburn guest posts at The Write Conversation. She makes a delightful comparison between CrossFit and writing. I know you'll relate to it.

3.  I like to crochet and saw a program on PBS. They have a website called, Crochet Today! If you're into crochet, you'll want to check this out. :)

Writers:  What types of blogs do you explore in your free time? (LOL - I know it sounds like an oxymoron - writing and free time!)

Readers:  Besides reading, what kind of blogs interest you?

A Piece of Cake 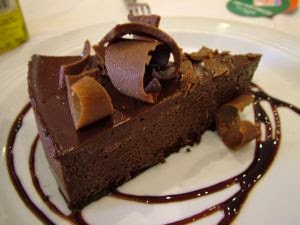 We Christians love our fellowship suppers, potlucks, and covered-dish dinners. Whatever we call them, there's always plenty of food and desserts.

People will often tell us what size portion they want, especially with sweets. Some want a "regular slice," while others watching their waistlines or tasting a dessert for the first time ask for "a sliver." If there's enough to go around, they might even come back for seconds.

The newbie writer will sample different genres - a sliver here and a sliver there. Just like the cake eater, they'll savor each one and decide if they want seconds.

Seasoned writers know what genre speaks to them. They sit at the computer and pound out words that express their passion. Authors are often labeled by the genre they write: Amish, Romance, Romantic Suspense, Christian Speculative Fiction, Sci-Fi, Women's Fiction, etc. They know what they like and ask for a "regular slice."

Each stage of a writer's life brings new experiences and challenges. Wherever you are in the process, whether as a writer or some other occupation, enjoy each moment.

Writers:  How did you discover your genre?

Readers:  Do you check out books that aren't your usual fare? I love to sample new genres as a reader.

Are You Hitting the Target? 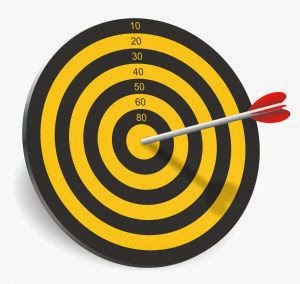 Graphics, success, and finances topped the list of my Internet travels this week. Check out these posts:

1.  The Blogging Bistro gives a list of free or inexpensive graphics. The old adage, "a picture is worth a thousand words," holds true in the blogosphere. Check out this great resource for both writers and hobby bloggers.

2.  Edie Melson, at The Write Conversation, gives 14 things that writers do to KEEP from being successful.

3.  As most of you know, this girl loves a bargain! Crystal Paine, of Money Saving Mom, has an excellent website. She's also a wife, mom, and dedicated blogger.

Writers and Readers:  Do you have a favorite site for your blog graphics? Please share.

How Soon We Forget 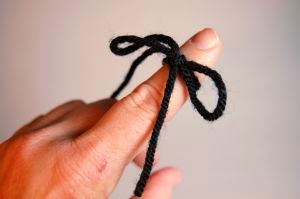 My journal entry spoke of my sadness. April 27th marked the 7th anniversary of my husband's departure for his heavenly home. While not in the throes of grief, part of me yearned for happier days.

Then I did something unusual. I went back to the first journal entry for 2014. Two words stood out: move forward. In life and in our writing, we sometimes spend too much time looking in the rearview mirror.

How quickly I'd forgotten those words.

My Mom's challenges with the broken hip, a difficult winter, and other events turned my focus around. For a brief time, I became weary and forgot where I was headed. The goals God put on my heart took a backseat to the pain of past and present.

We don't have to remain stuck in the past to appreciate it. Neither do we have to stay tethered to our present circumstances. In fact, we honor our loved ones and God by pursuing the plans He has for us. So, I've been reminded: move forward.

Writers and Readers:  Have you experienced a moment when you decided it's time to look to the future? Please share.

Help! I need to brainstorm with my peeps (all of you) about the challenges of non-fiction and/or fiction writing. Even if you're a blogger with no aspirations toward authorship, you face difficulties making your posts grab a reader's attention.

Please share your most troublesome task. Below is a list of possibilities, but feel free to add your thoughts.

1.  Grammar!
2.  Finding blog/article/book ideas
3.  Writing a proposal
4.  Social media
5.  The publishing industry
6.  How to write a devotional
7.  How to write a personal interest story

Let's have some fun with this in the comments. I'll be giving a short talk at a local ACFW Chapter on June 7th regarding non-fiction tips and editing. If any of you live in the Bethlehem, PA area, email me or use the contact form on this site for details.

Both my mom and grandmother crocheted. Some of my earliest memories involved watching them turn thread into doilies, potholders, and other works of art.

I caught the bug when some friends started making scarves out of yarn. The thread and doilies didn't speak to my creative side because it took way too long to make anything. My mother taught me the basic stitches and how to read patterns. From there, I was off and running.

Small projects kept me excited about learning new skills and built up endurance for the larger pieces. When I began writing for publication, it didn't take a genius to figure out the same principles could apply to that area.

Non-fiction was my first love, and devotionals were the perfect way to dip my toe in the publishing waters. I soon ventured into writing for anthologies, as well as short articles for Sunday School take-home papers.

As I honed my craft, I discovered using fiction techniques in non-fiction writing increased my acceptance rate. An experience in Gettysburg, much prayer, and my husband's encouragement set me on the novel-writing journey.

The non-fiction area with its successes fueled me for the long (8 years), and sometimes baffling, world of fiction. Some of the things I learned included:

1.  Basic writing skills.
2.  How to meet deadlines.
3.  How to get through the writer's doubt and press on.

The Lord used so many of my life experiences to prepare and motivate me for a ministry I thought was beyond my ability.

Writers and Readers: Has a hobby or life experience prepared you for your destiny? Please share.

For The Writer and The Reader 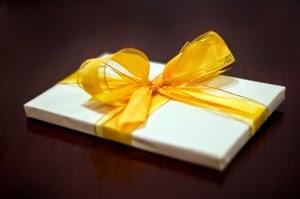 I'm always looking for ways to improve my writing and connect with readers. The first two links wowed me with their suggestions.

Who doesn't like giveaways? I've discovered many wonderful authors and books as a result of blog contests. Diane Estrella is a frequent stop for me in my Internet travels.

1.  Edie Melson, at The Write Conversation, gives writers ideas on how to write like a reader. Now, there's an intriguing title!

2.  The Positive Writer tells us why we should Shut Up and Write! This helped me so much, and I wanted to share it with all of you.

3.  Diane Estrella, at That's What I'm Here For, posts a giveaway for Michael Warren Munsey's book, An Average Joes Pursuit For Financial Freedom. In addition, she has a ton of giveaways on her site for other books and products. The deadline is May 17th, but if you miss it, take heart! She always has great giveaways in progress.

Question for Writers and Readers:  Do you enter giveaways of either books or products? Have you won anything? Please share.

Have a blessed week!

The race is about to begin. The competitors' bodies feel taut and ready for action. Then one runner takes off a second before the gun goes off. A collective groan comes from onlookers as the entire field is called back to the starting line.

That looks like a great paragraph, doesn't it? Yet, it tells about the action rather than shows it.

The runners take their position at the starting line, muscles taut and ready for action. A second before the gun goes off, one launches forward. A collective groan erupts from onlookers, and officials call the entire field back to the starting line.

Showing versus telling gives many writers a headache. How do we avoid the pitfalls associated with feeding readers information?

1.  Use strong verbs. In the first paragraph, we're told, "The race is about to begin." The third paragraph starts off with, "The runners take their position at the starting line, muscles taut and ready for action."

In the first example, the passive construction tells the reader what is about to happen. The second example gives an action, using the active verb, "take."

2.  Use deep POV.  Don't throw rocks at me. I'll define my terms. In a nutshell, deep POV is short for deep point of view. When you're speaking from one character's perspective, you not only see what they're seeing, but also feeling what they're feeling.

Example 1: The competitors' bodies feel taut and ready for action.

Re-write:    The runners take their position at the starting line, muscles taut and ready for action.

In the re-write, you can see those muscles tensed. Words like, feel, felt, emotion names, all tell the reader something about the character. Describing their reactions - muscles taut, a raised eyebrow, a flick of the hand eliminate the telling and show the reader what the character is experiencing.

Resources:  Rivet Your Readers With Deep Point of View by Jill Elizabeth Nelson
The Emotion Thesaurus by Angela Ackerman and Becca Puglisi

Readers: Who are some of your favorite authors, and why does their work grab you? 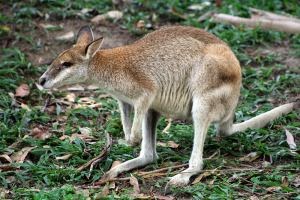 Some people like to chill out by watching TV. Blog hopping is my favorite way to relax, which should come as no surprise to my readers. :)

Here are a few recent stops on my circuit:

1.  Jeff Goins did a fabulous post on Chasing the Dream While Honoring Your Commitments. Time management presents challenges for all of us whether we're writers or pursuing other dreams.

2.  Ah, Edie Melson has done it again! While I love blog hopping, it is time consuming. Here are some suggestions on maximizing the time spent with this activity.

3.  Sandra Ardoin wrote a post with the intriguing title, "Let's Eat Grandma." Editing is an important function for serious writers and for casual bloggers. How do you keep your posts from going live with multiple mistakes?

Writers:  How do you keep up with blogging and still manage to write?