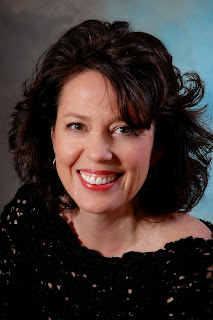 Tamara Leigh is the best-selling author of twelve novels, including "Perfecting Kate" and "Faking Grace." A former speech and language pathologist, Tamara lives with her husband, David, and their two sons in Tennessee.

Welcome to Christian Writer/Reader Connection, Tamara. I've looked forward to sharing this interview with readers ever since we first connected.

1. I understand you wrote Medieval fiction but switched over to Chick Lit/Contemporary Women's Ficton. What were some of the challenges you faced making the transition?

In 1994, my writing career was launched in the secular market with the publication of "Warrior Bride." Six more medieval romances followed, over the course of which my faith grew and worked its way into my writing. Eventually, this became a problem for my editors who wanted more love scenes, not "religion." And that, in a nutshell, is why I started writing inspirational stories.

As for the challenges inherent in the switch from secular to inspirational, the first was learning that medieval fiction doesn't have much of a following in the Christian market. Thus, publishers asked me for "something different." That caught me flat-footed since I only wrote medieval fiction. Or nearly so. During one of my earlier "I'm done writing" phases, I had penned a "chick lit" story to relieve my pen and paper craving. So I pulled it out of its drawer (or was it under the bed?), polished it up, and gave the publishers "something different." Thus, "Stealing Adda" (NavPress '06) served as my entree into the world of Christian publishing.

Another challenge--and perhaps the greatest--was pulling from my depths a clear message of faith that could be conveyed by my characters, and their struggles. Whereas the primary focus of my medieval romances was to get my hero and heroine past obstacles to "happily ever," now I needed to get them there in such a way that faith played a major role. A wonderful side effect is that the exploration of my characters' issues in light of their beliefs and willingness to rely on God has helped me grow in my own faith and better vocalize and cement my beliefs.

The last challenge that comes to mind is the size of the readership. The inspirational market is smaller than the secular market, and so print runs and advances are smaller. Which means, of course, it's harder to make a living at writing. But is it worth it? Absolutely.

Thanks, Tamara. We have two more questions in this interview that I'll save for next Wednesday.

To celebrate Tamara's visit, I'm giving away a copy of her book, "Leaving Carolina." The drawing is open to residents of the U.S. only. Leave a comment and your email address in the spam-busting format. Example: susanjreinhardt (at) _____ (dot) com. I won this book in a blog contest, and I'm passing it on for your enjoyment. You'll have a chance to enter again next week (maximum two entries per person)if you leave a comment on that post also. The winner will be drawn on Sunday, March 7, 2010. Contest void where prohibited. No fee is required to enter this drawing.

I'd love a chance to win a copy of Tamara's book.
sherrinda (at) gmail (dot) com

How cool that she switched from ABA to CBA. I always find that so interesting.
I wish medievals had more of a CBA foothold. I really like them! Thanks for the interview, ladies.

Thanks, Susan. Put my name in the hat. cjalex44(at)gmail(dot)com. Interesting to read how someone changes genres like that.

Perhaps if readers start sampling those already on the market publishers will be more open to them. Idea: If you and other bloggers, who enjoy medievals review them it might help to spark interest. :)

I've heard so many stories about writers being told a genre was unpopular. Yet, by the time they were ready to submit, the tide of the market had turned.

Historicals were once a dead issue. Now, they're hot.

Consider yourself entered. :) Thanks for joining in on the fun.

Interesting interview! Thanks to both of you for sharing it. I'd love to be entered in the drawing.
Thanks and Blessings,
Karen
klange61(at)hotmail(dot)com

Something about medievals are always intriguing. Glad she has found a new niche with romances. The book sounds great. Thanks :O)

What a great journey! Thanks for sharing Tamara and Susan!!
kristengjohnson [at] gmail [dot] com

You're welcome. Thanks for entering the drawing. Don't forget to stop by next Wednesday and comment for a second entry.

The interview and giveaway will continue next Wednesday. I hope you'll stop by and comment again.

Her genre switch also intrigued me. I think all of us wonder whether or not we could handle such a drastic change.

This is such an interesting interview! Thank you for sharing your struggles and how you overcame! I would love to win a copy!

Susan and Tamara: Wow, thanks! I don't think I've ever known anyone who switched over from secular to Christian books--how wonderful for us.

So glad the Lord used this to grow your faith in His unfailing love.

I would be tickled to win Tamara's book; please enter my name.

You know my email, Susan.

Thanks for stopping by and entering the drawing. Also, don't forget to check out Part II next week and comment again for another entry. :)

Don't forget to check out the rest of the interview next Wednesday. I enjoyed talking with Tamara.

Great interview, Susan! I especially liked Tamara's comment,"A wonderful side effect is that the exploration of my characters' issues in light of their beliefs and willingness to rely on God has helped me grow in my own faith and better vocalize and cement my beliefs." How amazing that our God can use our writing to grow our own faith!! Looking forward to part 2 of this interview. You can enter me in your drawing: morgan(dot)maria(dot)i(at)gmail(dot)com.

Thanks and have a blessed day!

When God breathes life into our words, they affect even the one who wrote them.

Thanks for entering the drawing.

Thank you for sharing. I'd love the book. Blessings friend. alene@alenesnodgrass.com

Thanks for entering the drawing. If you comment next Wednesday for Part II of the interview, you'll get a second entry. :)

a fabulous posting/interview...please add my name to this drawing...would love to read this book :)

Thanks for entering the drawing and your nice comments. :)

I really appreciate your beliefs and how you correlate them into your characters, in how they grow, choose to trust God, etc. For those reasons, I am a fan of Christian novels and recommend them to others. Thank you for sharing. I would love your book. Please enter me. Thanks.
desertrose5173 at gmail dot com
I could relate to your #1 and #2 about yourself!

Welcome to my blog, and thanks for commenting. I've entered your name in the drawing.

I post here Monday, Wednesday, and Friday. Tomorrow (3/3/10), Part II of the interview will run. If you comment again, you'll get another entry.

I already have the book, so no need to enter me, but just have to say that I'm a HUGE Tamara Leigh fan! She pretty much rocks:-)

Thanks for putting a good word in for this book. I found parts of it quite funny. :)

please sign me up-I'd love to read this book

Thanks for visiting my blog and entering the drawing. I hope you'll stop in again on 3/3/10. You can get another entry if you comment again. :)

I hope there are some editors and agents out there taking notes. Several people here are interested in medievals.

Thanks for stopping by and entering the drawing.

I read in both markets, but find myself navigating to Christian fiction more and more every day. Tamara's comparison between these two markets is interesting and I'm very glad she's writing Christian fiction now. Thank you for the chance to win her book.

Thanks for commenting and entering the drawing. I've read two of her books so far, and enjoy her writing.