I was going through some boxes and found an Anthology of Student Writing from my son's elementary school. I went directly to a dog-eared page and this is what I found:

Up until I was 7 I remember that I lived in a truck and under a roller coaster and in motel rooms. When I was 7 my Mom left my sister Bonnie and I in a motel room to go bail my dad out of jail and she never came back. The principal of my school found out that we were left alone and called the police. We were taken to a shelter home. We lived there for a year. Then we went to a foster home with Debi as a foster mom. We stayed there for a year  then Debi and my sister moved to Connecticut. I moved to a group home. I was there for a year till Debi moved back and I went to live with her and my sister again. When I moved back in we both went to a new school. It was a small school. My teacher was really great and the school secretary started taking me to her house on weekends. I also spent Spring Break with her and Don. It was a “test-drive” to see if I would like living in Aguanga with them but I didn't know it.

One day, Debi took Bonnie and me out for ice cream. She wanted to tell us that there were people who wanted to adopt us. Bonnie's teacher in Connecticut wanted her and I guessed many names until Debi said Patti and Don wanted to adopt me. I was really happy about that!

We had to go to court and the judge said that Bonnie could move to Connecticut and I could move in with Patti and Don. I  lived with them a year and we went to court again. The judge said the adoption was final and I was Patti and Don's son forever. After court that day my new mom and dad had a surprise adoption party for me at Stadium Pizza. All the people from my school were there and so were my grandparents and my social worker. I was really surprised! I got really nice gifts and had a fun time.

I talk to my sister on the phone almost every week and we see each other in the summers. We share stories of our new families.

I am now in the sixth grade and still go to the same school. My new teacher is great!

What a blessing to have found that gem! Robert (I still call him Bobby, much to his dismay) is now 33 and the father of two beautiful daughters.  Even though he's a grown man, I still see that little boy that walked into my office and into my heart so many years ago. 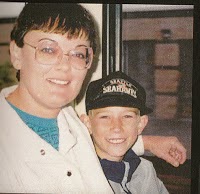 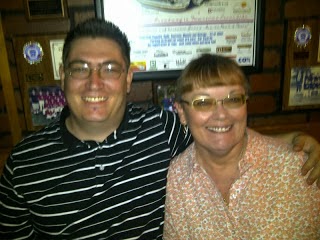