We Interrupt Our Regularly-Scheduled Blog... 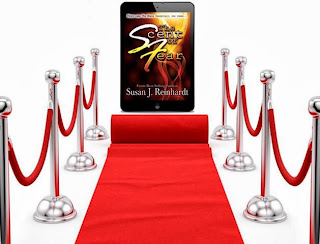 We interrupt our regularly scheduled blog for an announcement:  The second book in my trilogy, The Scent of Fear, released on Thursday, November 21, 2013!


The Zimmermans enjoy the tenuous peace in the wake of their hair-raising year battling the New Patriots. Unexpected visitors once again throw them into turmoil.

Jim Kenneman, Director of National Security, masterminded the plan to break up a hate group ravaging the Christian community. Now, his enemies are out to eliminate him. Should he make a run for it or stick by his tried-and-true negotiating skills?

Monty Addison, a topnotch operative, carried out his assignment in Bird-in-Hand. A plot to destroy his boss sends him on a mission. Without agency sanction, it may cost him everything - his career, his family, and maybe his life.

Dr. Abby Weaver strives to save infants and toddlers in Holmes County, Ohio. When she meets two strangers, she can't get the tall, handsome one out of her mind. Will their paths intersect again or will dangerous times keep them apart?

Congratulations, Suze! I'm so happy for you! This has been one exciting year!

Congratulations Susan! So excited for you. Glad too, to have you visit my blog today. :)