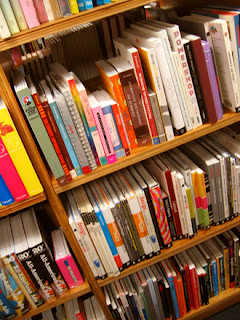 1.  Signing a publishing contract is a serious matter. Susan Spann guest posts at Writers in The Storm and talks about, "When Is a Book Out of Print." Knowing this information can mean the difference between getting your rights back or being stuck in a never-ending contract. This applies to both traditional and self-publishing contracts.

2.  Elaine Stock's blog has long been a favorite. She recently announced that Everyone's Story has moved to http://www.elainestock.com/blog/

3.  I was particularly interested in this WND article on Costco's pulling of Dinesh De-souza's book, America - Imagine The World Without Her. People were outraged and expressed it. I wrote to Costco and gave them my opinion. Only when 17,000 Costco members went on the retail giant's website and put a picture of themselves cutting up their Costco cards did they sit up and take notice.

4.  Susan Panzica at Eternity Cafe, did a post for the New Year that I thought had great value. Forget it! or Remember? I apologize this is so late, but it got lost among my emails. By the way, Susan has a wonderful Christmas Book out called, "Mary Had A Little Lamb."

5.  I came across this article on Facebook. Cover design is crucial to the success of your book. Check it out.

Writers:  If you've had a book traditionally or Indie published, how were you involved with the cover selection?

Readers: What kind of impact does the book cover have on your choice whether or not to buy a title?