On My Kindle - Coyote's Revenge by Vannetta Chapman 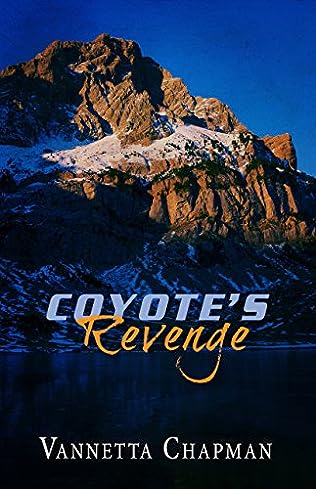 Madison Hart takes a job in another state to fulfill a promise made to her dying mother. A harrowing plane ride ends with meeting a mysterious Good Samaritan. While she finds him attractive, his strange disappearances make her wary. He's probably like all the other men she's dated, abandoning her when life gets tough.

Aiden Lewis is a government agent trying to prevent a massive terror attack. His cool head during dangerous situations earned him the nickname, "Iceman." For years, he's tried to make up for his perceived failure to save his father's life. is the first woman to reach his heart. Can he convince her of his love even though his mission must remain a secret?

I've always associated Vanetta Chapman with her Amish novels. When I saw she'd branched out into Romantic Suspense, I decided to give her books a try. Wow! This lady knows how to write an excellent suspense story. After finishing Coyote, I started her second book in the series.

5 Stars for this book - you won't want to put it down.

Writers:  If you write fiction, have you considered tackling another genre? Please share.

Readers:  When one of your favorite authors switches gears and presents a new type of story, do you give it a try? Why? Why not?