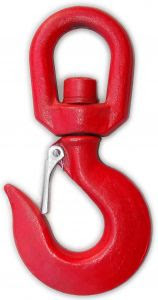 I can still hear the old Hawaii Five-O theme song and Jack Lord's famous line, "Book 'em, Dan-O," in my head. It's one of those bits of trivia that stick. Why? They were created to grab the viewer's attention and hold it.

Non-fiction and fiction writers both have precious little time to capture and hold a reader. With the dizzying array of books out there, it's a wonder these brave souls don't run from the store screaming. Instead, authors seek to bring order and make their buying decision easier. We want the seeker to leave with their treasure (preferably our book) and a happy smile on their face.

While a non-fiction writer relies on a startling statistic, a cute story, an analogy, or an odd fact, the fiction writer uses a different set of tools. We want to raise a question in the reader's mind.

Jack walked down the street to Amy's house.

Jack hurried toward Amy's house, fear tightening its noose around his neck.

The first sentence is bland, puts all the facts out there. The reader says, "Why should I care?" That's not the kind of question you want to provoke. The second sentence makes Rosie Reader wonder, "Hmm, why is Jack hurrying? Why is he getting tense? I'd better find out." Bingo. Each sentence pulls Rosie deeper into the story world.

Applying this technique to a non-fiction piece--perhaps a devotional--would not only get Rosie to read on, but also put her in the thick of the action. By the time the writer gives the spiritual application, it goes straight to the heart. Let's give an example:

You might want to use an illustration of a time when someone lied about you, and the process of forgiveness. Instead of telling your reader:

When I was 15, my best friend, Shelley, told several people lies about me, you would show her the action:

"Shelley lied, and it hurt." The reader wants to know what kind of lies Shelley told, why, and who did she hurt?

Have you ever written a non-fiction piece using the Show/Don't Tell method? We're hooking that reader, so they'll get to the spiritual application or the point of the article. What are your thoughts?

Great illustrations, Susan! I like to try to find hooks for the beginning of scenes too. It doesn't always work out, but I try when I can. That way the reader wants to keep on going even as they delve into our books.

I can't remember how I wrote my non-fiction, but I def. try this with my fiction. :-)

I'm all about a strong hook at the beginning and end of a scene. I love coming up with them. One of my favorite things about writing.

All the time! Especially with Chicken Soup books!

Thanks. Yes, we need hooks throughout our writing. The end of a chapter is another opportunity to give the reader a gentle push to the next chapter.

It's a great technique, and when it's missing, the reader will often abandon the story.

Crafting a hook takes a lot of effort, but the payoff is huge. In non-fiction, I like to finish off a piece with a reference back to the original hook.

I think short, non-fiction almost demands this method. Anthologies receive a gazillion submissions, so catching the editor's eye with a great hook is essential.

Those are great examples. I don't write non-fiction but I work hard to use the show don't tell method with fiction. It used to be hard for me to recognize but it gets easier and honestly, more fun, to write that way.

You brought up an important point. All of these skills require practice. They'll seem awkward at first, but in time they'll become more automatic.

Getting past the learning curve takes time. We need to give ourselves grace during that period.

Susan:
A good piece on the hook we need to cast out into the deep waters. The wording of our thought is our bait.
(Forgive the fishing terms. I don't know where they came from.)

It's almost as challenging to write that first line and paragraph and grab the reader and yank them into the story as it is to write the whole story!

Great post and so helpful to new writers as well as a reminder to us who have been plugging at the keys for a long time!

I love to tell in my books; but, I'm learning to take about two pages of telling, and turn it into one line of dialogue.

I hope this technique allows the reader to write the story along with me, filling in her own insights with each turn of the page.

In a story I had in Writing for Dollars a few weeks back on "Write at Home with Little People" I hooked with a anecdote of myself having to get up from my lap top and go to the printer because it was AGAIN out of paper. Why, my little boy was sprawled on the floor coloring.

Dialogue is another great way to spark a reader's interest. When you have an action first and then follow it with dialogue, it's more realistic.

Example: Cassie removed her lollipop, and stuck her cherry-red tongue out at her brother. "You stop teasing me or I'll tell Mama."

(I think Cassie needs some lessons in dealing with conflict. LOL!)

Yes, anecdotes are excellent openers. As you all know, I like analogies. They seem to flow from my pen, sometimes bypassing my brain. LOL!

It's always good to review, as well as provide material for newbie writers. :)

I agree. Getting that first paragraph right is both crucial and difficult.

Beginnings are so tough!! There's so much pressure to make it the best it can be so won't lose the reader.

I do enjoy writing "showing" hooks for my kids science articles. I try to set the kids in a place where they would feel the beating wings of a locust infestation, or help them imagine what it would be like if we ate like Venus flytraps. Fun stuff.
Thanks, Susan:)

I love this, Susan. I like to write/read hooks at the beginning of any writing. Even non-fiction needs a good lead-in to hook us.

What fun! Your students are fortunate to have a teacher, who is also a writer.

Since I'm also an avid reader, I enjoy a great beginning. As writers, it's important we keep our audience in mind.

I know the whole theme song from Hawaii Five-O too...

I would like to try this technique. Of course readers need to be pulled into non-fiction as well as fiction. I don't know why it seems easier with fiction, but it does.

LOL! Did you know they're bringing the series back? I saw an advertisement last night.

I guess it seems harder because it isn't something we accustomed to doing. Like anything, it takes practice. :)

I try to use hooks in the first sentence, then add them as I go to keep interest. At the end of each story, I try to tie in to the hook at the beginning. Like a bow on the package, or the whip cream on a cupcake.

I also try to tie the end to the beginning hook. It doesn't always work, but it's effective when it does.

It's that which whets the appetite, like a fine wine, or a tasty appetizer. It's the prelude to a symphony, or the promising light just ahead of dawn. Hooks are what alert me to "be alert".

Not sure I know how to write them into a scene, but I sure know when I've been gripped by one.

Your poetic descriptions never fail to delight me. :)

It takes practice, but the effort is worthwhile. I hope you'll give it a try.