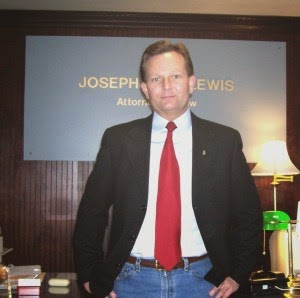 Welcome to Max Lewis, former Green Beret and now a lawyer. He's one of the contributing authors to The Declaration of Independence series:
Imagine how the signers of The Declaration of Independence feel while looking down from heaven and listening to their critics. The thought never occurred to me until my publisher asked me to write a fictional short story relating how John Hancock experienced the 4th of July. Before starting, I read Herbert S. Allan’s even-handed biography of Hancock. Yes, the founders were all human: Hancock was vain and a clothes horse, for example. But when you study the founding of America from the perspective of a founder, the greatness of these men staggers you.
“But they didn’t free the slaves and women and blacks couldn’t vote!”
Guess what? No one could meaningfully vote and everyone, everywhere, was in some form of bondage. The English themselves were “subjects.” Except for royalty and a small number of men in a handful of tiny Greek city states, no one had ever controlled their destiny.
Writing in the first person forces you to see things through the eyes of the character or historic figure, to imagine what they felt, wanted, and thought. The founders were operating on uncharted waters, laying the foundation to free all mankind and making things up as they went. They were doing it while at war with the most powerful Empire on the face of the planet. On January 1, 1776, George Washington discovered he had only 8,000 enlistments instead of the 20,000 planned. Georgia and South Carolina announced they would not sign if slavery were denounced, let alone outlawed.
As I imagine Hancock saying, “The hard truth is we will not free the Negro slaves . . . not because we don’t want to, but because we can’t. The southerners would revolt . . . freeing the black man will require a war and the forces of liberty are barely able to fight one war, let alone two.”
On July 4, 1776, the founders were almost to the man well-educated, affluent, and doing quite well as subjects of Britain. In the 18th century, traitors were hung from a gibbet with their hands tied behind their back. Rather than breaking their necks, the traitor took about ten minutes to strangle to death. Traitors’ property was forfeited, so their families were left impoverished. While the founders were signing their own death warrant, Benedict Arnold was trying to keep his army from disintegrating as he retreated from the disastrous Canadian campaign. "I have often thought how much happier I would have been," said Washington, "if, instead of accepting a command under such circumstances, I had taken up a musket on my shoulder and entered the ranks.”
They were great men; yet, consider the petulance with which they were treated. While reviewing “The Price they Paid” e-mail about the founders, the left wing site “Snopes” called it part true, part false. Why? Here’s an example: “Francis Lewis had his home and properties destroyed. The enemy jailed his wife, and she died within a few months.” Snopes - “yeah, well . . . she was already sick.” Seriously. I paraphrase, so check it out for yourselves. Part of the disdain appears to be petty racism, sexism, and anti-Christianity.  The founders were white male Christians, but there may be something deeper. Writing about an attack on the the framers, Professor Walter Williams wrote, “If I believed in conspiracies, I'd say (Time’s) article is part of a leftist agenda to undermine respect for the founding values of our nation.”
Hancock might have said, “No doubt, those who hate liberty and embrace hate amongst the races will use this against us not only now, but far into the future. We can only trust this and future generations will be wise enough to detect the charlatan, understand his aim, and reject his deception. That battle is for another time and will be fought by other men. We must fight the one in front of us now.”
"This is a column of opinion and satire" Max Lewis says then adds that he knows of no undisclosed facts. Contact Lewis, the author of John Hancock, in Remington Colt's Revolutionary War Series, and visit him at josephmaxlewis.com then click on Rimersburg Rules. © Joseph M. Lewis

Susan: This is interesting. Thank you for sharing it. Thank you, Max for this enlightening story.

Thanks for commenting. This book series is written from the POV of several founding fathers - a good read for this 4th of July!