Execution - Not To Be Confused With Capital Punishment 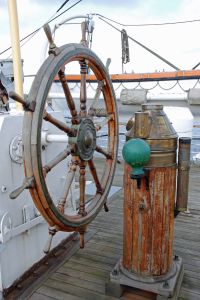 Execution occurs after vision and planning. While not to be confused with capital punishment, some writers view the process as similar. Descriptions like, "opening a vein," abound.

Here the writer gets down to business. Serious bottom-in-chair time takes precedence over things like eating and sleeping. Crafting that perfect sentence and selecting the word that will transport the reader into the story world becomes a consuming passion. The writer is the captain of the ship and steers the story.

During this time, emotional highs and lows occur with unbearable frequency. The paragraph worthy of a Pulitzer Prize, or at least an honorable mention in a writing contest, ends up on the editing floor the next morning.

This is where the writer hits the Writers Support Group Network. Now, don't go Googling the term because I made it up this minute. Loosely translated, it's the part where the struggling writer seeks out those, who are a few steps ahead of him/her on the journey.

Family and friends may roll their eyes, but other writers will nod and declare, "Been there. Here's what I do." At this juncture, I'm stopping to salute all my writer/blogging/critiquing friends for their empathy.

"Ah, what about Echoes of the Past?" Having skipped step two (planning), Echoes went through a gazillion edits and two major re-writes. Even though I have written, "the end," I know an agent or editor will want more changes down the road. The title is now, "The Moses Conspiracy," which I'm happy to report, everyone likes. Now, if I could only get some brave agent and editor to take up the fight for publication, I'd be a happy woman.

Although The Moses Conspiracy was supposed to be a single volume, the story still begged me to write more. I started book two, thinking the original main characters would remain the focus. A secondary character had different ideas and became insistent. This time, I did more research and fleshed out the characters before writing. It's still in rough draft form with a working title of, "The Scent of Fear."

Book three, "Lost and Found," is in its infancy at a mere 6,000 words. I've put it aside for now. Until the first book finds a home, I'm not sure I want to invest more time on the trilogy.

What would you add, if anything, to my three-part process of Vision, Planning, and Execution?

Readers: Did you ever think writing was such a complicated endeavor? Have you ever attempted writing a novel?

Susan,
For me, I would probably stop at book one until it found a home and not put more energy into something that might only sit on a shelf someday, I would take what I love from the first book, rework it to something new and begin again.

Hmm, I never considered taking something I loved from the first book and re-working it into another. I wrote book two because of an agent's declaration that they like to see more than one manuscript.

Thanks for the input. :)

I love your description of the editing process, Susan. Although actually going THROUGH the process is painful. Having writer friends who *get it* is a life saver!

I wish I had a novel in me, Susan, but at this point, I don't. For now, nonfiction is what I do, though I'd love to write a riveting mystery with all kinds of forensic details. :) I'll leave the fiction writing to those of you who are gifted for it.

Waving from Northern IN...

Do you ever feel like you're trying to get pregnant with little success? Writing is such a creative artform, I'm not surprised at the laboring ...

It's good to have some time to visit. I've missed checking up on you :)

You might just write an outline for the third book then set it aside. Believe it or not, I found myself in the same situation. I ended up selling the first book, but have struggled to get the second one sold. Still trying, but I'm glad I went on. I've had three other books published that aren't in the trilogy. I'm glad I moved on. Something to think about.

You're a talented non-fiction writer. The important thing is to use the gifts God gave you.

Just wanted to tell you I started reading the book I won from you - I had a couple others ahead of it - now I've only read a few chapters - but what an amazing story she has. Whew. Thanks again for the book.

So nice to see you! I've had difficulty maintaining my blogging schedule since I returned to work.

Since pregnancy hasn't been part of my experience, I can only imagine. I think any creative endeavor requires a lot of effort.

I thought the title might be an attention grabber. :)

Thanks for sharing your experiences. I think it all boils down to doing your best on both the creative and business end and trusting God with the rest.

I'm so glad you're enjoying the book. :)

I'm so glad that you were able to say "the end." What an accomplishment. The only thing I would add and I'm sure you have, is lots of prayer. It seems that you have everything else covered.

I'm pleased you didn't give up with fiction. Hurray!

I've often mentioned the importance of prayer in my writing. Creativity doesn't happen without His involvement. :)

I didn't realize that writing novels would take many revisions and that many outside voices would be needed to shape the writing. Writing a book is, indeed, a group effort!

I'm in the editing process right now and it's painful. :) But it's so nice to have friends like you who get it. :)
-Mel

Yes, having others critique and assist in the process helps us get an objective view of our work. My first manuscript, "The Moses Conspiracy," is currently with a beta reader.

After editing for five months, I'm looking forward the creating stage. You're right, "execution" is not a bad description!

I prefer the execution stage myself. Editing is a long, difficult process.