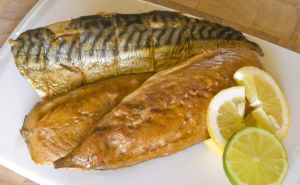 Walking through a Chinese Buffet line, I asked my young friend from Beijing if the food was anything like what she had in her country. She giggled and pointed to the fish. "This isn't Chinese food. It's what Americans think is Chinese food. Where's the fish's head and tail? Where are the fins?"

I learned many things from her.

1) The Chinese do not move their lips so much when they speak. My attempts to learn a bit of Chinese were pathetic.

2) The U.S. seems spacious to them. Her city is wall-to-wall people.

3) After she became a believer, she only read from an English Bible. Her language is all pictures, and she did not know the words relating to Christianity.

Each of us had many misconceptions about the other's culture. It made me think of my writing. When I include characters from a different ethnic background, do I go beyond the surface to get the full flavor of their culture? It's easy to revert to stereotypes if we don't do our homework.

I love it that author, Patti Lacy, actually went to China as part of her research. Other authors saturate their minds with the culture through the Internet, books, and interviews.

What surprising facts have you discovered about another culture during the course of research?

Hi Susan, My daughter's husband's family is from Taiwan and we are learning tons about their culture by spending time in the in-law's home or just going out to dinner. I still don't feel qualified to write about life in Taiwan, but I sure know where to get information if I ever need it!

Great! You have built-in experts on that culture. :)

This is interesting, Susan. Glad you shared with us. I didn't know that they don't move their lips. Hmm, that would be hard...But I seem to be able to do it when I'm angry...:P
Blessings,
Karen

I love cultural stuff like that! So fun to find!

I love reading and writing about other cultures, and similar to Patti Lacy, I feel the need to actually visit a place and interact with the locals to write about it.

Interesting post, Susan. For "Sydney and the Curious Cherokee Cabin" (Barbour Books) I had to research the history of the Cherokee people before and after the Trail of Tears. I learned everything from their music to the written symbols of the Cherokee language. What fun!

They move their lips, but very little compared to us. (They'd make great ventriloquists!) A lot of their words are differentiated by tone. Get it wrong, and who knows what you're saying.

I guess you'll be discovering some new cultural things on your upcoming trip. :)

Although The Moses Conspiracy is not an Amish book, it's set in Lancaster County. I've been able to visit the area quite often.

Now, if it was China, I'd probably have to rely on the Internet and print resources.

I'd love to hear about your research methods. How do you decide what's necessary for your books and what can be left out?

Not meaning to be facetious, Susan, I'm really not, but since I'm not a fiction writer, the only foreign culture I have immersed myself in is the male one. Stereotypically, they don't move their lips much, either, until it's dinnertime. Thank God, mine are pretty good at that particular skill.

Smiling, waving, and hugging your neck,

How interesting! I haven't researched other cultures, but I think it would be fun.

I'm new to your blog and I love it. I have not done any reasearch on ethnic backgrounds thus far, but if I ever decide to sit down and start writing I probably will be doing just That. You mentioned Patty Lacy in your post. I just won her newest book from another blog and I'm so excited, and I cannot wait to receive it. Blessings. Tonya.

It's amazing how much variety you'll find within your own circle of friends. Of course, on Facebook and the Internet we can always connect with someone helpful.

I love learning about other cultures. I grew up in a Metropolitan area where entire neighborhoods had an ethnic flavor.

LOL! It might be interesting to see how different males are from one culture to another. Now, there's a thought. :)

Welcome and thanks for commenting! I post here on Monday, Wednesday, and Friday. We'll be having some giveaways here as well.

I recommended Patti's book a few weeks ago and did a giveaway. I know you'll enjoy it.

Very interesting post, Susan. When I was researching my hf novel set in the Gold Rush, I learned about the Pomo Indians, who were almost wiped out by disease when California was overrun. That alone was sad and interesting enough for me to include a Pomo girl in my story.

Ooo, interesting story! I'll pop by your blog to find out more. :)

I taught ESL for a few years and was amazed at the differences between the US and other countries. I can't wait to research other countries for a novel! (:

I have friends from several foreign countries, and enjoy learning about each one.

Hi Susan .. thanks for coming over and commenting and for following. Love your story about our misconceptions .. it would be so interesting to go to China to understand a tiny bit.

The same with language and pictures - amazing to read this .. thank you.

As you say about our misconceptions - the same applies to us within our own community and country, or western world .. there's so much more to us than we realise or acknowledge.

Where is that fish head?! Thanks - Hilary

There's so much we can learn about other cultures. As a child, I loved reading about their customs, holidays, and native dress.

Have a great weekend!